Stash-buster projects (for using up leftover bits of yarn) usually require a substantial amount of yarn, so what do you do when you’re left with a stash of yarn pieces that are too short to actually crochet with? You make Frankenyarn!

I got the idea from this beautiful post by Handwerkjuffie and here’s how I did it: 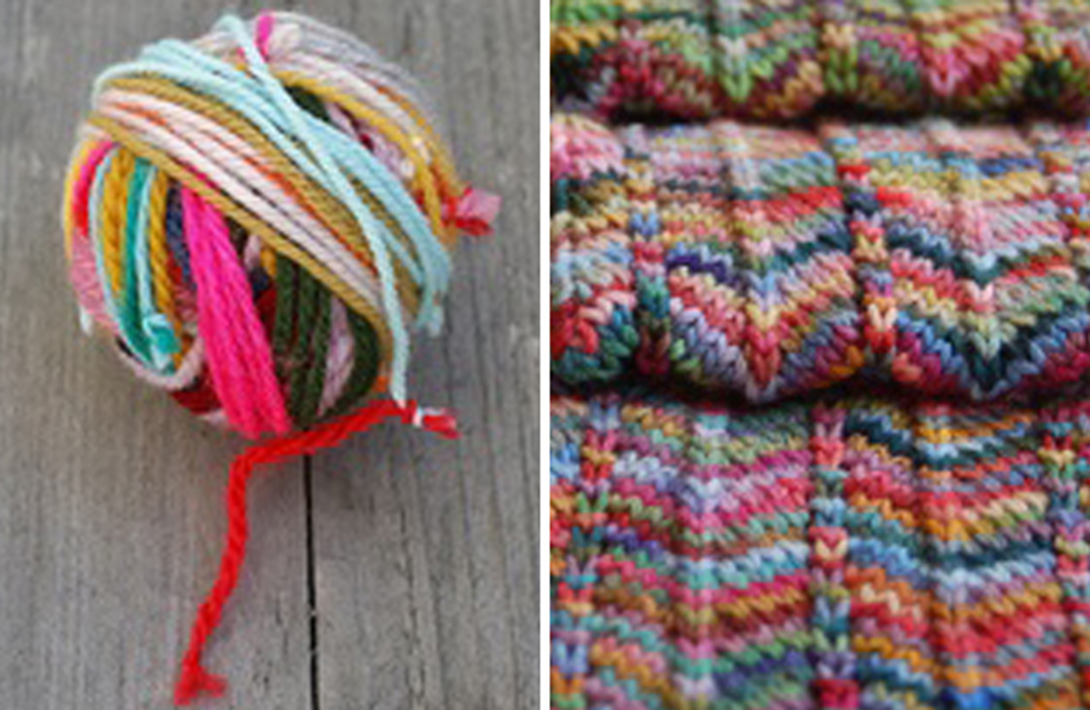 I make a lot of small amigurumi so my yarn stash generally consists of very short lengths that I literally can’t use for crocheting anything. In the last 5 years since I learned to crochet, I slowly accumulated a bag of the stuff.

First I untangled everything and unraveled a few half-projects that had made it into the bag for recycling, and then separated the colours into groups. I had a group for pink, red, maroon, purple, orange (including peach), yellow, grey, brown, white (including cream) and an group for shades of fawn/tan/camel colours. I did include variegated yarns, but no textured yarns because I can still use those in small amounts for pony saddles.

Before joining all the yarn, I decided to plan what colour order they should go in. If I just put them in rainbow order then where would colours like maroon and fawn go? I checked which threads’ colours would blend well into the next and settled on the following order: brown, fawn, white, yellow, orange, pink, red, maroon, purple, blue, grey, green.

I had a massive amount of white, so I decided to mix it in throughout the whole ball, alternating between joining either a white thread or a new colour. Where I had multiple threads of the same colour, I joined a white thread between them. Where I had a long thread of one colour, I cut it and joined white in between to break it up. As far as thread length-goes, each piece was anywhere from 20cm to about 1m at the longest. I tried to make the lengths random when cutting them so the that whole ball would still be random in the end.

I generally only use double knit yarn so almost all my yarn was already the same weight, but I had a few 4- and 3ply threads. In some cases I just joined them like the rest of the threads, and in other cases I put 2 shades of 3ply threads together, so they’ll give a variegated look when they’re crocheted up.

In my opinion, the magic knot is the best way to join yarn – I use it for everything. It’s small, easy to conceal, and very strong! The video shows how to do the knot (thanks Bella Coco). Once you get used to it, it goes pretty quick.

It’s fun to watch the colours change like a giant jawbreaker as you slowly build your monster ball.

Even the leftover trimmings make a pretty picture!

My ball ended up weighing 375 grams! An average double knit ball is 100 grams, so I think that’s enough to make a decent little project, and I can’t wait to see how it crochets up! You can look forward to seeing that project in a future post 😉

Some curious Tiny Alpacas gathered to inspect it. They’re used to carrying pompoms but I can see the gears turning in their little heads as they wonder how they’ll fit this monstrosity on their backs.

When you make your own Frankenyarn project, tag #ProjectFrankenyarn on Instagram to show us your creation!

This prettyboy's snooty snout is my favorite 🥰

🥰 In other news: I'M CROCHETING AGAIN!!! After 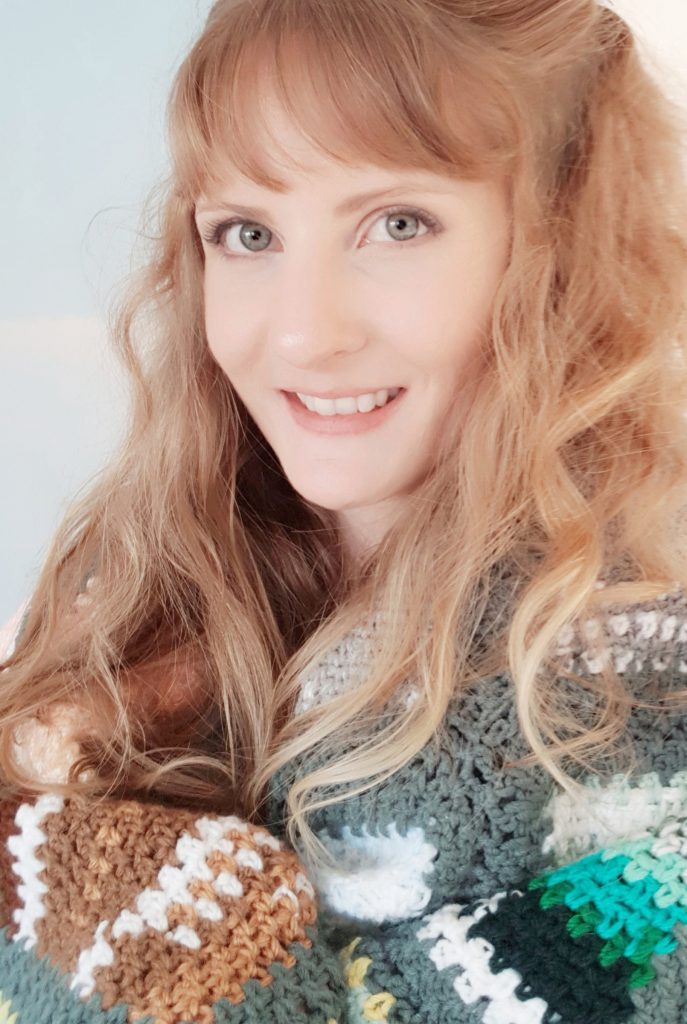